0
was successfully added to your cart.
Press enter to begin your search
Travel 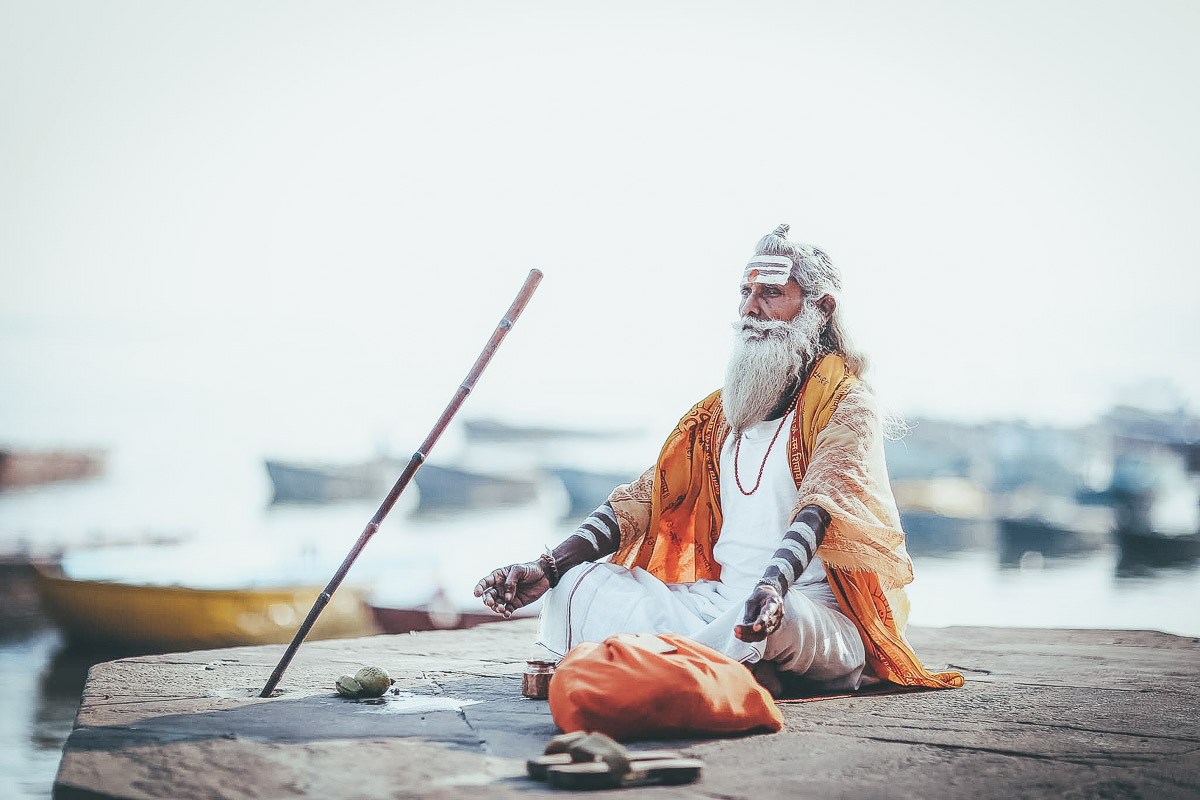 Right in your face, in every possible way, you can think of. Filthy, crowded, poor, corrupt, illiterate, chaotic, strange and full of gender inequality on the one side. Wealthy, educated, welcoming, cultured, peaceful, happy and well-organized on the other.

But besides all that, more than any other country, India feels timeless.

For some reason, every single place feels connected to its most distant past. Whether it’s the sari’s that people still wear, the ancient cuisine they adore, the many beautiful dialects that still exist or the gods they pray to at roadside shrines or in impressive temples. While walking from Kolkata to Kerala with a camera in one hand and my Western point of view in the other, I quickly realized there’s no other place where predictions of disastrous collapse and global supremacy must be treated with such seriousness.

No other country encapsulates diversity so perfectly. The simplicity of rural life is striking and unpretentious compared to the intense buzz in metropolitan cities like Delhi and Bombay. In fact, when taking the Indian life as it comes, there are only 3 rules that need to be understood.

Located right at the Ganges we went head first into the heart of India.

I’ll never forget my first encounter with one of the holy Brahmans at the river banks, welcoming us with the wise words:

“Welcome to a place where the human past is still alive my son”.

It was time to embrace our inner beastie boy and start cruising down the small alleys of the Holy city. 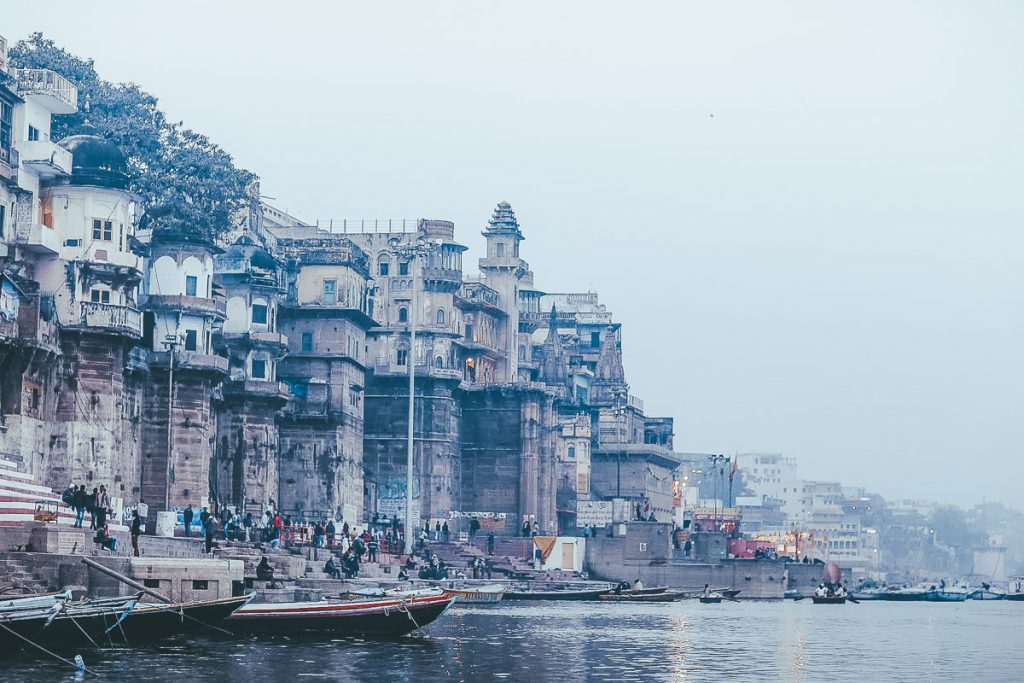 Everything in this city centralizes around one central theme, death.

It’s by far the most colorful, chaotic, unapologetically and indiscreet place on earth. It is the beating heart of the Hindu universe. The Indians believe that if you’re cremated here, you skip the cycle of reincarnation and go straight to the favored world. Because of the demand, they decided that cremations go on 24 hours a day and they integrate the most intimate rituals of life and death into their daily routine. This means that all of the corresponding sights, sounds, and smells of cremation and grief are present and in your face. 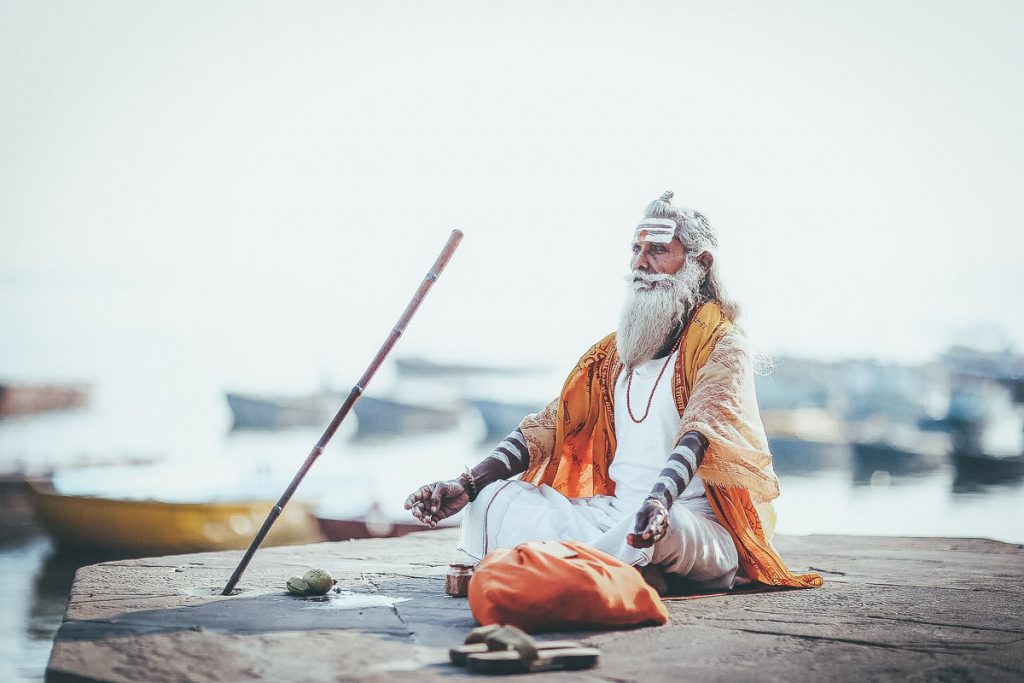 But don’t let my talk of death scare you away, it truly is a magical place.

Praying and crying people in the ghats, playing children in the courtyards, floating bodies in the river and daily life around the corner. Endless smiles, wherever you go.

Arriving in Varanasi means connecting with the soul of India, one of the most ancient countries in human civilization and the way the Indians embrace that one thing Western people fear the most, death, is unique, intense and will live long in your memory once you’ve experienced it. The words of the medicine man, who greeted us upon arrival at the banks of the river, was right:

“The closer you are to death, the more you are alive”.

India proved itself to be so much more than finding your inner beliefs amongst hippies and freedom hunters in highly polluted cities with the nearest beach a 1000km away. In search of papaya shakes, psychedelic beach parties, garlic-roasted mega lobsters and lots of sunshine, we made our way down South through the provinces of Karnataka, Kerala, and Maharashtra, on a quest for stories that needed to be told.

Let me tell you a few;

Meet Hari, living and working in the second biggest slum in the world, Dharavi in Bombay. 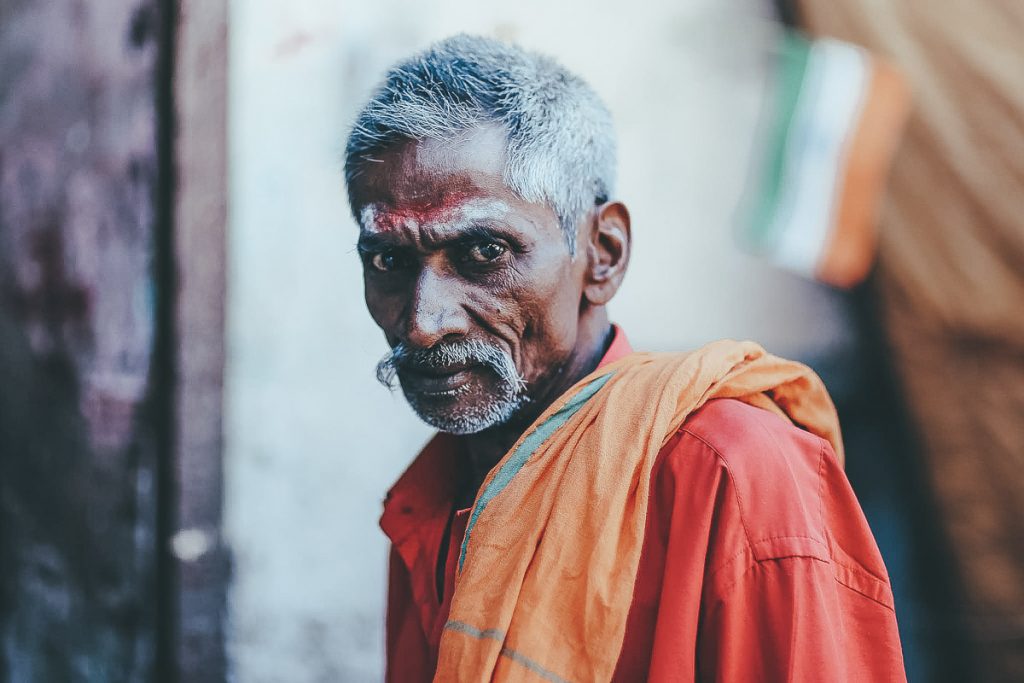 “Dharavi is a criticized part of the world my friend. Severe poverty, poor hygiene and living conditions, child labor, corruption, cholera, typhoid, malaria, blackmailing. All has been said. But I’m a proud man calling this place my hometown. Over 60 years ago we started off as a small village community in the Maharashtra marshlands and grew – without any form of government support – to become a billion-dollar business miracle providing food and recycled plastic to Mumbai and exporting crafts and goods to the entire world. We are the lungs of this city, the lungs of India, and will always be my son.” – Harvi

Meet Deepak; living with his family in the religious Gokarna for generations. 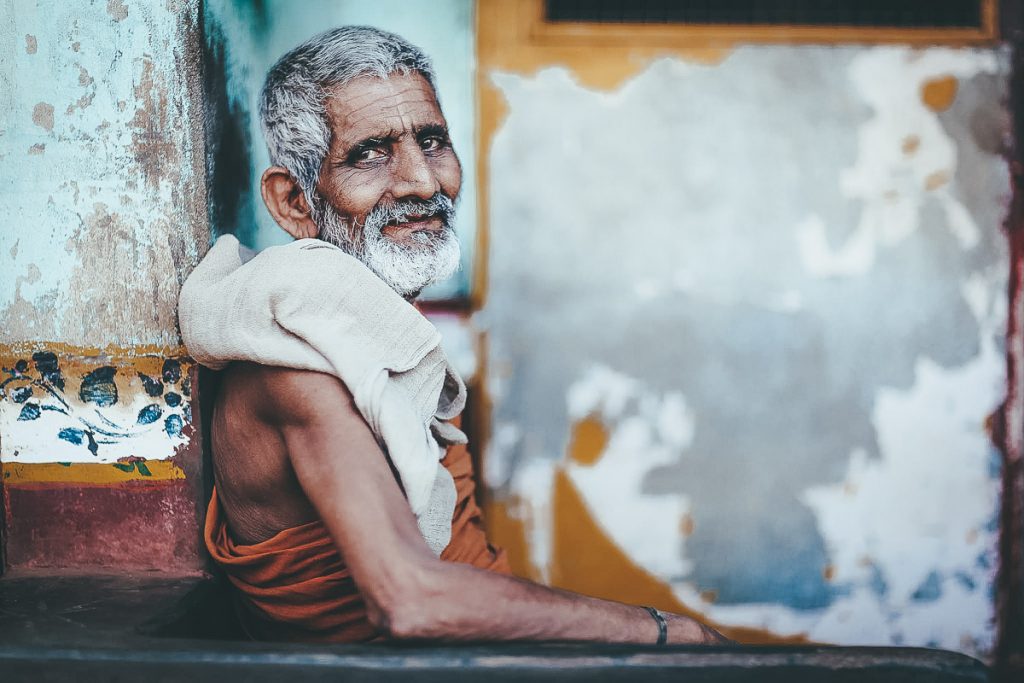 “Tourism had a significant effect on Gokarna my friend. You know there is a distinction between intellectual and physical enjoyment? The former was once the greatest kind of enjoyment over here, but it slowly disappeared when tourist came and got taken over by physical enjoyment. The situation worsened over the years because if you can’t find intellectual challenges you have to find physical ones. Prostitution, drugs, alcohol, to name a few, just to have your own dreams. However, I still love the town for what it was once..”.

Meet Lazo; a 67-year-old Indian Ayurvedic doctor we spent the entire morning with. 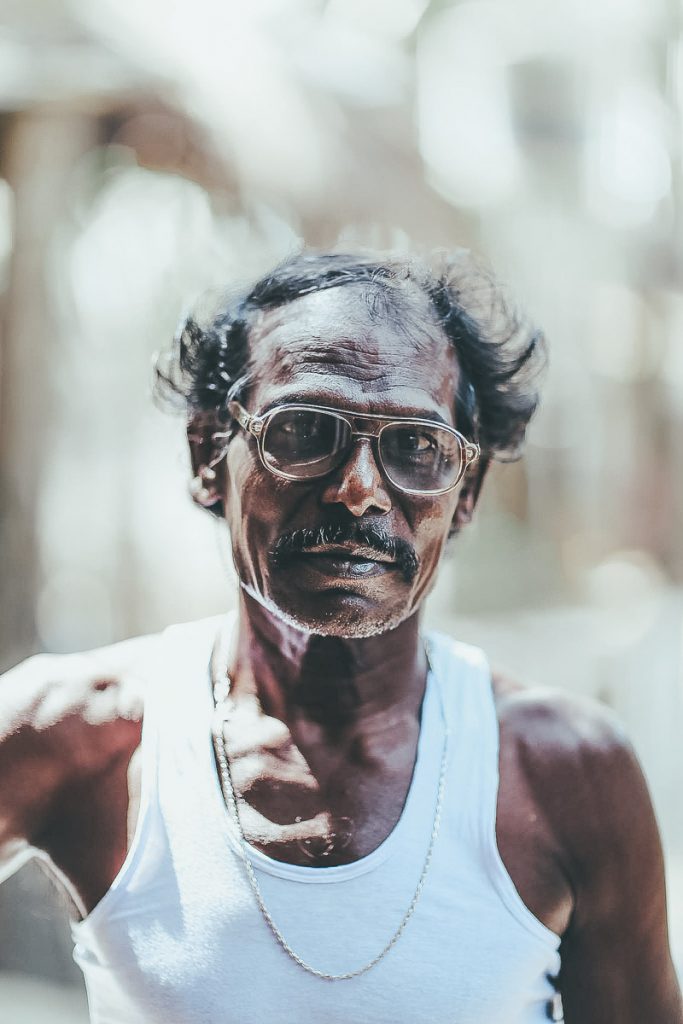 Besides one of the best massages I ever experienced and many interesting insights into Ayurvedic principles and its traditional medicines, what caught my attention was his vision on the power of our daily food habits and it’s effect on our health and wellbeing. With his remarkably fit appearance and clear state of mind, I certainly believe his words could have an impact on many of us.

Meet Anupam; one of the many tannery workers we met at the Calcutta tannery grounds. 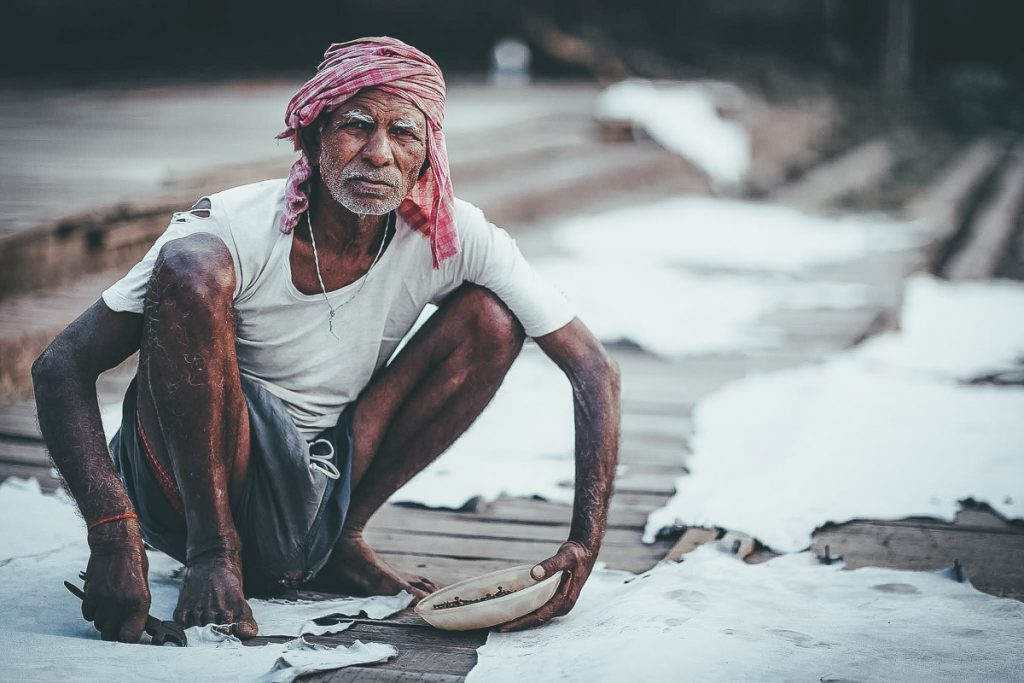 These guys are constantly exposed to high levels of chromium and sodium in the toxic runoff that is used for the coloring of leather. This causes painful skin rashes and respiratory problems and even has reduced life expectancy to less than 50 years. Despite the dizzying heat, stench and health hazards, they are glad to be earning $1.50 a day.

“It’s hard labor, but what else can I do? So better accept it. Complaining makes it even worse”. 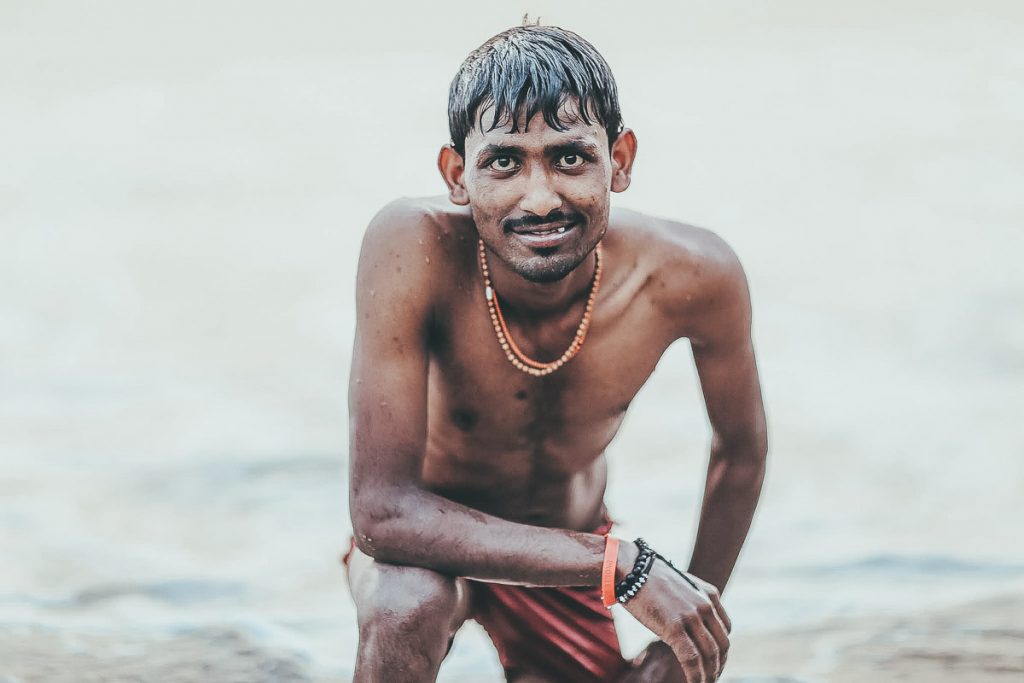 I’m studying to become a software engineer in Bangalore but somehow I feel guilty about it. There are too many gaps in this country. The people from poor families are the real Indian people and the economic and social pillars of our country. Not the software engineers. They just count for nearly 4% of the entire population and if software companies suddenly don’t exist anymore I don’t think the everyday man who fishes the ocean or farms his land will not survive. India is facing a challenge, my friend. But still, I’ll keep trying to once make a contribution to change.”

The most impressive personality we met, appeared not to be an Indian, rather a Canadian. Meet Stuart Shaw; 54 years old, decided to leave Canada behind and take his wife and 3 young kids on a one-way journey to India in 1999. 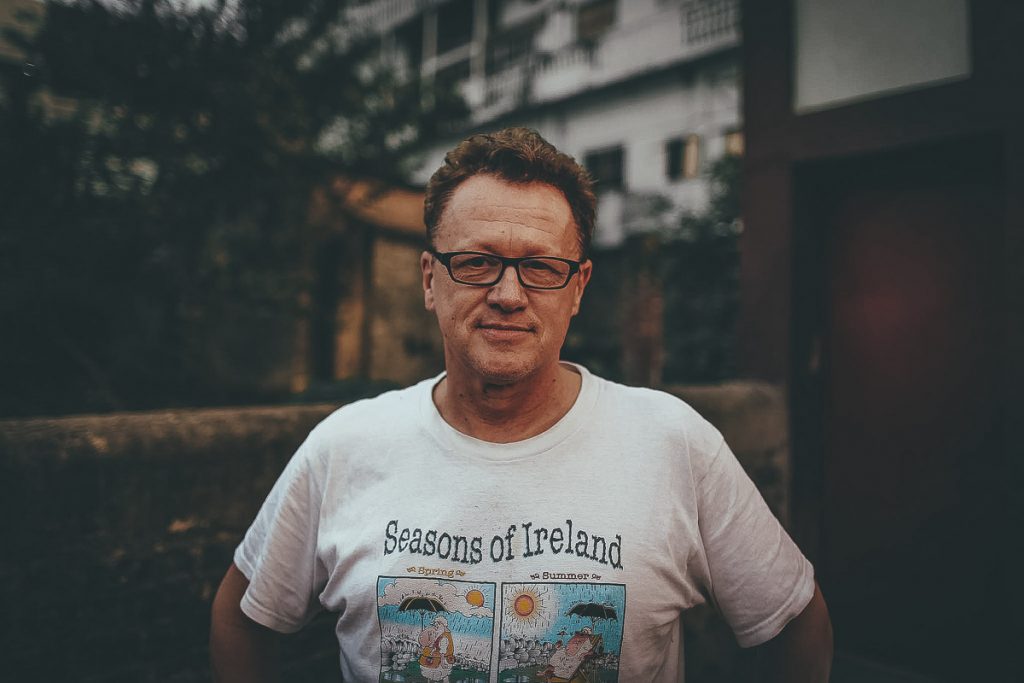 Ever since Stuart devoted his life to helping others while sacrificing his own. He started going down the tracks of the Howrah train station in Calcutta, looking for young abandoned children addicted to the most horrifying kinds of drugs, many of them missing limbs due to being overrun by trains. Meanwhile, his wife started her fight against human trafficking by picking up innocent young girls from the brothels around the notorious Kali Ghat area in town and attempting to provide them with a reason to live. All of their efforts came together in 2009 when they established The Calcutta Mercy Centre. A school, situated in a former leather tannery in the Chinese quarter of Tangra, providing education to hundreds of kids that left their life in the Calcutta slums behind. After witnessing all of this I asked him to share one of his life lessons with us.

“In a country where 400 million people are living below the poverty line and in a city where 2 million are homeless, it’s hard to decide which kids to take, it’s a choice who lives and who dies. I thought I understood life but now that I’ve spent my time here, I only know less..”

While writing this piece on our trip, my mind jumps back to India. Back to the dusty, intense, hot, challenging and very very strange world. But on the other hand back to one of the most friendly, polite, warm and welcoming places I have ever been. A place where, in contrast to many other parts of the world, nearly all religions go hand in hand.

Eventually, a professor we spoke to in a small countryside university was correct:

“It’s a place whose children grew up in a global superpower but yet still know what it means to belong to an ancient civilization”.